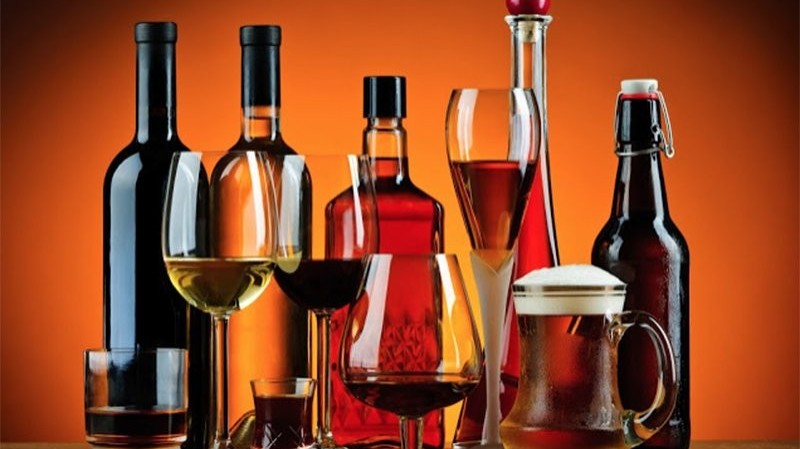 As we emerge from lockdown, and with so many people looking to have a healthy start to the summer, lets clear up some of the myths about alcohol.

Is alcohol good for the heart?

One plus for alcohol in moderation is the well-established finding that it increases HDL (good) cholesterol. Red wine, in particular, may have additional benefits as it's high in proanthocyanidins, the antioxidants found in grapes and berries.

Another potential benefit is that it makes your blood thinner. On the downside though, alcohol is an oxidant and it stops the body making use of essential fats. So, is a glass of wine a day beneficial for your heart? Most reviews conclude there is a clear risk reduction from light or moderate drinking with the positive benefit mainly for red wine, high in resveratrol. However some studies show a link between moderate to heavy alcohol consumption and increased blood pressure and incidence of strokes. Diabetes risk also appears to be lower with light or moderate drinking, but not heavy drinking. Since the overall effect of alcohol might impact on increased mortality, it appears that drinking lightly, less than a drink a day, confers protection both from cardiovascular disease and stroke, but also mortality, compared to abstainers.

What's your liver got to do with it?

Alcohol is detoxified by the liver but when you consume more than it can handle you may either find you lose consciousness or that you suffer from a horrible hangover (usually both). Hangovers are caused by an acidic and toxic substance called acetyldehyde which circulates in your blood when your liver is overloaded and is the reason you may suffer from a headache, nausea, mental and physical tiredness and aching muscles. Acidosis occurs when the blood has become too acid and is a cause of premature ageing and osteoporosis and can lead on to other disease states.

There is little question that alcohol acts as an 'anti-nutrient'. Although some forms of alcohol (such as stout or red wine) do deliver a few nutrients, alcohol itself is a potent destroyer of these same nutrients. It also affects your nutrient intake by disturbing the digestion and absorption of food, and suppressing appetite. Chronic alcohol consumption leads to multiple deficiencies of nutrients, including B vitamins, vitamin C, magnesium and zinc. Having alcohol with a meal also reduces the amount of zinc and iron you absorb from your food.

Alcohol irritates your intestinal tract, making it more permeable to undigested food particles, and increasing the chances of an allergic reaction to substances in both the food and the alcohol. This is why many beer and wine drinkers become allergic to yeast. Wine drinkers may also become sensitive to sulfites, which are added to grapes to control fermentation. Better choices include organic, sulfite-free wines and champagne - the latter of which has the added bonus of being yeast-free.

There is no question that alcohol is a powerful carcinogen. It damages intestinal bacteria, converting them into secondary metabolites that increase proliferation of cells in the colon, initiating cancer. It can also be absorbed directly into the mucosal cells that line the digestive tract, and is converted into aldehyde, which interferes with DNA repair and promotes tumour development. In addition, alcohol consumption may lead to nutritional deficiencies, affecting the absorption of cancer-fighting nutrients. A number of studies have shown that there is an especially strong relationship between alcohol consumption and cancers of the breast, colorectum, liver, oral cavity, pharynx, larynx and oesophagus and a suspected link for cancers of the pancreas and lung. The World Cancer Research Fund advises that even small amounts of alcoholic drinks should be avoided and, if consumed at all, should be limited to no more than two drinks a day for men and one drink a day for women.

A survey of over 19,000 non-obese women found that those who drink 15 grams of alcohol a day, which is the equivalent to a glass of wine, shot of a spirit or pint of beer, were almost 30% less likely to become overweight or obese. The most positive association was found with red wine, followed by white. From a glycaemic load point of view I'd be cautious about the pint of beer since this represents 20 GLs - on my low GL diet I allow 5 GLs a day for drinks or desserts, which is the equivalent of half a pint of beer every other day or a low-carb lager every day (or a glass of wine).

I'd suggest that if you want to drink, then do so only moderately, sticking to less than a drink a day and choosing organic, sulfite-free wines and champagne when you can.